A band of heavy snow is likely to bring disruption as it moves eastwards on Saturday.

Our forecast indicates much the same, in that a band of precipitation is likely to bump into the cold air and produce a mixture of heavy rain, sleet and heavy snow tomorrow (Saturday) morning.

There is likely to be a mixture of rain, sleet & snow for central areas including the East Midlands, Yorkshire and North East England with most of the snow here being confined to hills. However, some accumulations to lower levels of 2-8cm are possible.

In contrast,, the precipitation across the east (Lincolnshire and East Anglia) is likely to fall as snow to increasingly low levels especially inland. Here, 5-10cm is likely widely.

For London and the far south east, a wintry mix is possible to lower levels giving patchy accumulations of 1-4cm locally. Significant accumulations will mostly be confined to hills in this area.

The following map from Meteociel highlights where snowfall is more likely to fall and accumulate tomorrow. 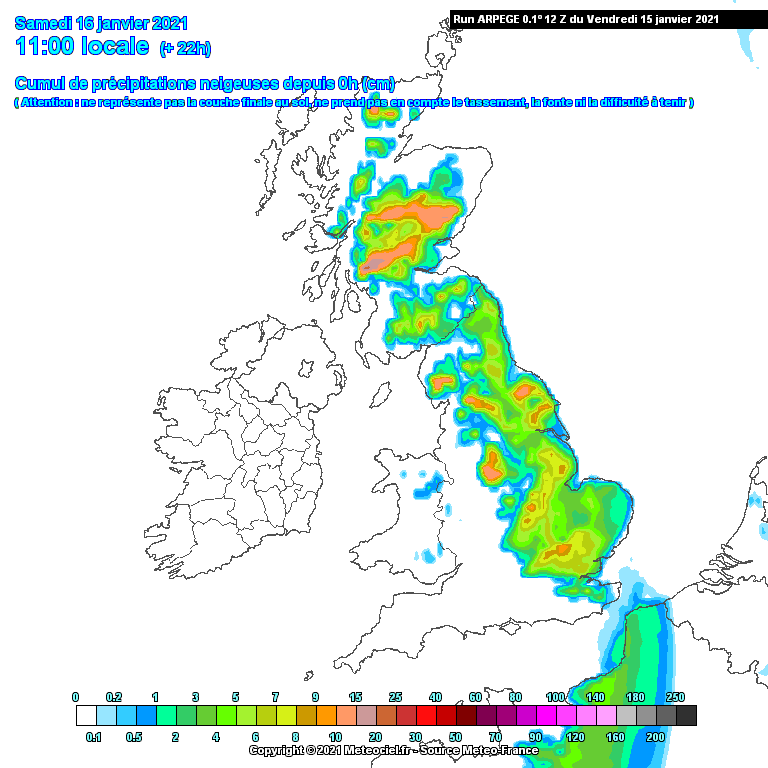