In fact, a significant snow storm is expected this weekend. The snow-fall will be fairly limited in it’s spatial coverage, with only a select-area seeing the worst conditions.

On Saturday, moderate to heavy snowfall is expected to develop over Colorado and the southern Rockies. By Sunday, Minnesota (especially western Minnesota), North/ South Dakota, and Nebraska should see snowfall. In these areas, widely 4-8 inches of snow is expected. However, locally, up to 20 inches of snowfall is possible this weekend, meaning there’s a risk of travel disruption. 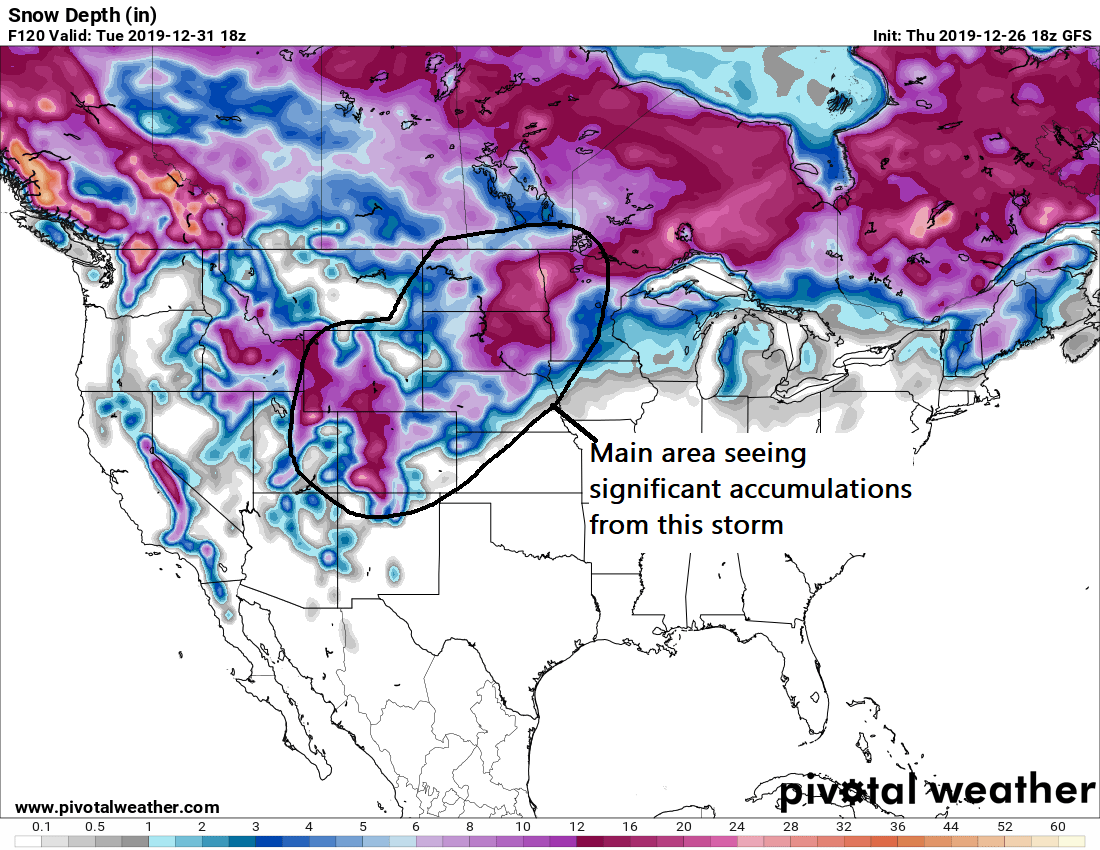 Drifting Snow Possible: Winds are also expected to be very strong, perhaps gusting up to 60MPH in places. As a result, some big snow drifts are possible this weekend in places. Isolated, rural areas could become cut off due to these snow drifts, and some challenging travelling conditions are expected.

Whilst conditions will turn drier in these areas early next week, we’ll continue to see a rash of snow showers over the Great Lakes, and in fact some significant lake effect snowfall is possible here. This especially so for the south eastern coast of Lake Erie and Lake Ontario. However, many areas near the lakes are at risk of some heavy lake effect snowfall. So, to summary, conditions becoming more like you’d normally expect them to be for January, however not all of us are going to experience the snowfall.