A significant winter storm, now named as Winter Storm Avery is expected to barrel up the eastern half of the U.S. bringing a dangerous mix of heavy snow and ice to many eastern states and heavy, potentially flooding rain in the south east. 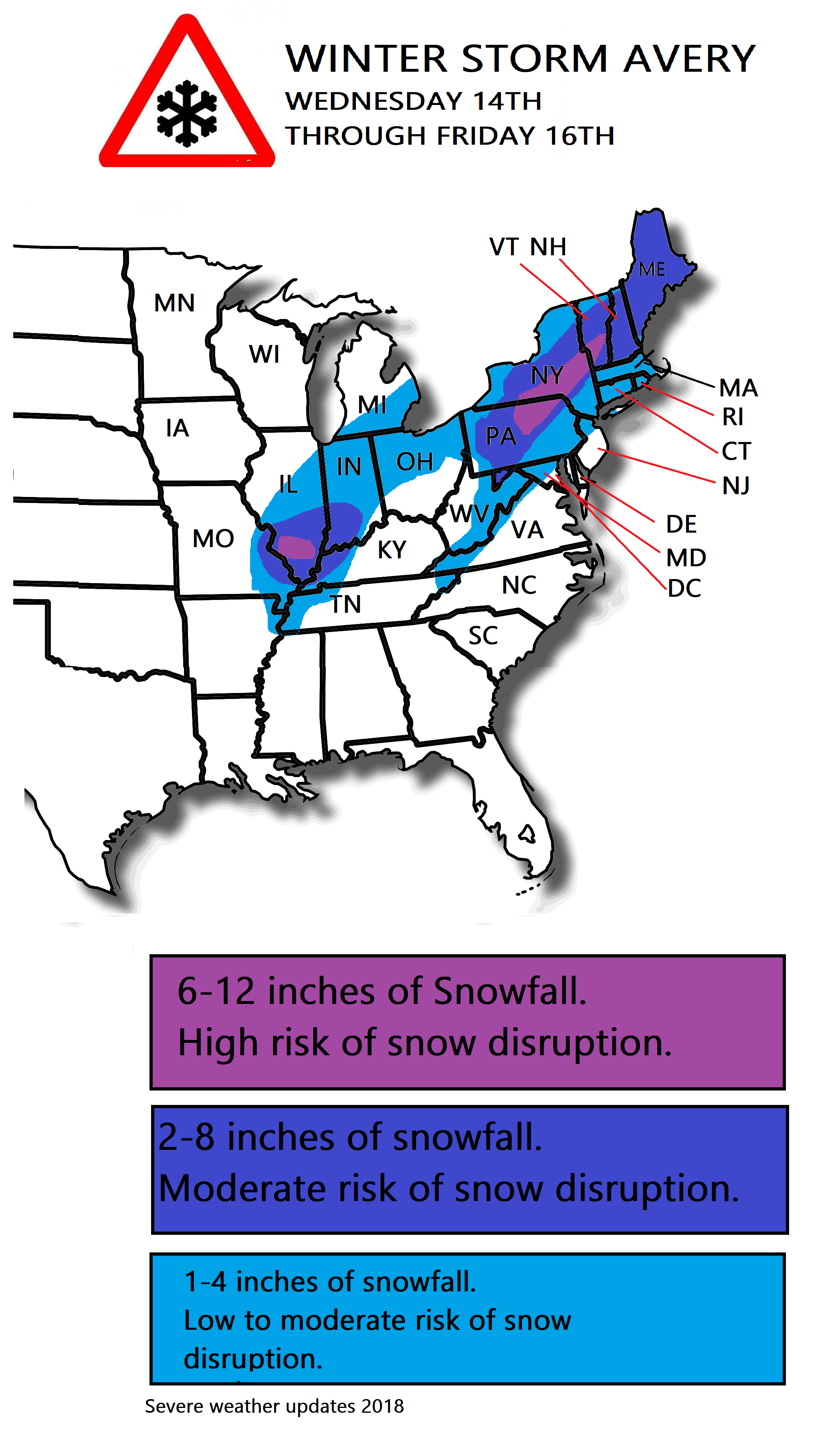 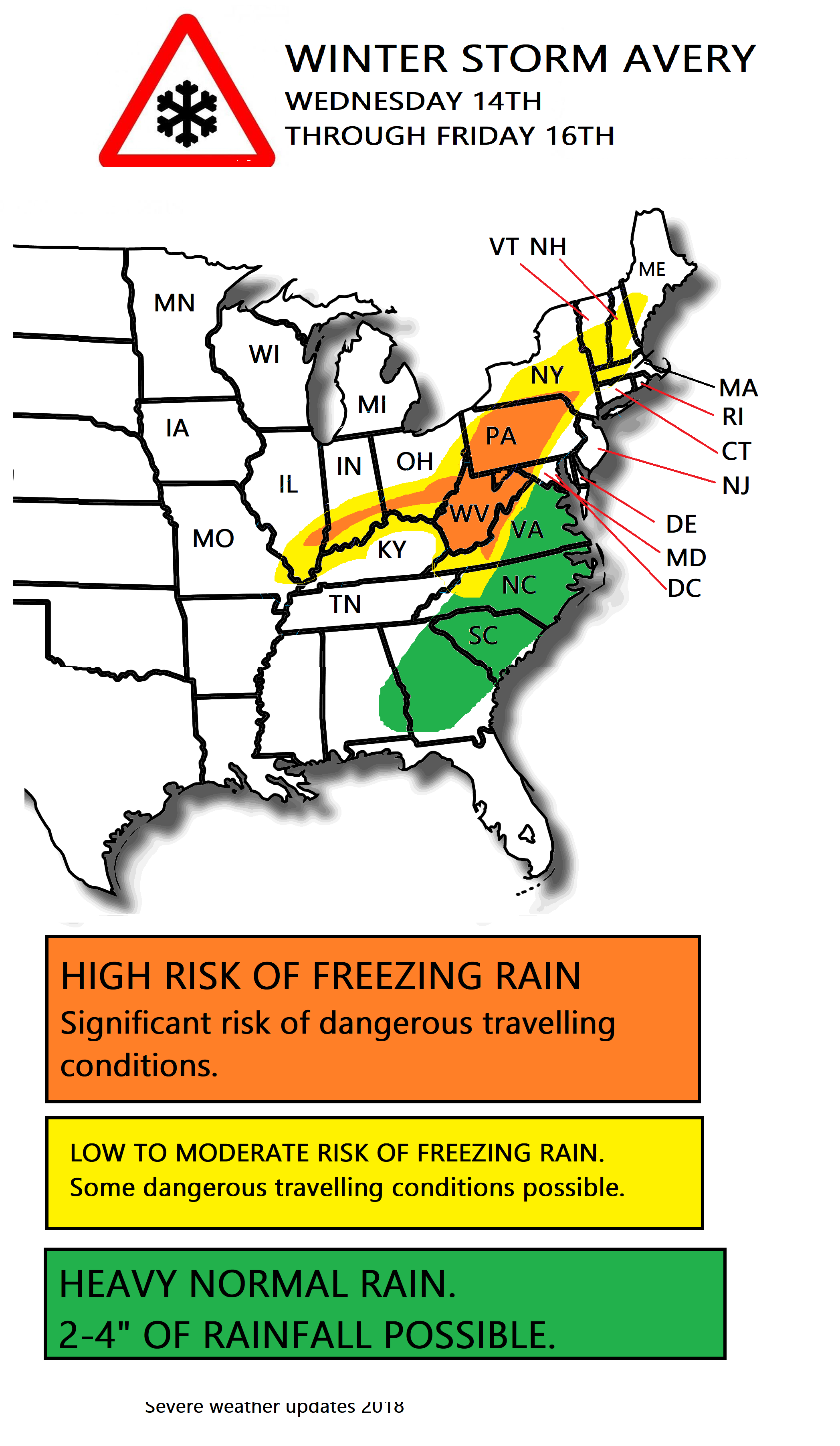 The main concern is the icy rain (freezing rain) and secondarily heavy snowfall. Freezing rain is rain which freezes upon contact with very cold ground surface temperatures. This phenomenon is likely across a large swathe of the east, especially through central Pennsylvania through Thursday night, and running down the WV/Virginia border. Some 1-2cm (0.5 to 0.75) inches of freezing rainfall is possible in the red indicated areas below, especially at lower levels. Whilst moderate snowfall will have largely fled southern Illinois and affecting northern Illinois, Northern Indiana, Northern Ohio through Thursday. Heavy snow falling onto ice on Friday morning could give some seriously tricky and dangerous conditions.

Rainfall will intensify tonight across Georgia, Northern Florida, South Carolina Tennessee and Kentucky. 2-4 inches of rainfall is possible in some areas, leading to a risk of isolated flooding. By Thursday morning rain will have turned to heavy and prolonged snowfall for the south of Illinois, eastern Missouri, South West Indiana cities such as Evansville, St. Louis, could see 5-8 inches of accumulation by Thursday evening. Simultaneously a mix of heavy rainfall and heavy snowfall will be affecting West Virginia, In-Land Maryland, Ohio, New York State and Pennsylvania. Along I-95 cities and coastal counties, expect some wet snow early Thursday, giving some isolated accumulations, but this will mostly turn back to rain later Thursday and into Friday. Later on Thursday night the prolonged snow heads into New York State, Vermont and Maine later.

Overnight Thursday into Friday heavy wet snowfall will be falling ON TOP OF freezing rain (ice) through a large portion of West Virginia, upland MD, a large portion of Pennsylvania, New York State, and into lake Erie, Lake Ontario. In these areas anything from 6 to 12 inches of snowfall is possible, with the underlying freezing rain this is a dangerous mix. Winter storm warnings will be issued. Please stay tuned to local radio stations nearer the time for travel updates.